Three Months in Swindon: A Chinese Adventure in the UK 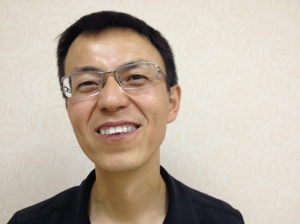 So I’m chatting to my friend Zhen Lei Wei aka Eric, when he mentions that he’s been over to the UK.
“Oh really,” I reply with interest “Where did you stay?”
“In Swindon. It was very beautiful there.”

I have to admit that whenever I chat to Eric he has a habit of instantly putting a smile on my face usually leading to uncontrolled laughter and today is no exception. He’s such a good bloke! 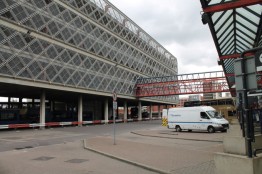 Without downing Swindon too much it’s hardly comparable to the sweeping countryside of Salisbury Plain or the Cotswold stone architecture of Bath Spa. Indeed Swindon is known mainly both for its complex and confusing traffic system (often referred to as ‘the Magic Roundabout’) and also being one of the blandest places in the country. In a survey in the Daily Telegraph it was voted as the number one worst place to live saying that “in the entire universe, nowhere is more inimical to life than Swindon Bus Station”.

“So how long did you stay there for?”
“Oh three months” grins Eric.
“Three months?” I laugh in disbelief.
“Yes but we did change our hotel. First we lived in the Holiday Inn but we wanted to see as much as Swindon as possible so we stayed in hotels in the north, west and finally one in the east of the city.”
At this point I’m already awash with a feel-good factor as if I’m listening to a world class comedian who’s in the zone.

“So why did you live in Swindon of all places?”
“Oh my company was doing business there and it was a long job. We had to hire a car which was very frightening.”
“For sure. I know driving in another country is always a nerve-wracking experience.”
“Yes and also I’d only recently passed my driving test in China. I had ten hours driving experience in total. For a week before we hired the car, my colleague and I would stand outside and make notes in a book on how to drive in England. On my first day people got angry because I was driving less than thirty miles an hour. They were honking their horns and flashing their lights. When we came home from work we didn’t realise what the time was and it was dark. I had never driven in the dark before and I was very scared. I was worried about the situation but then I had a good idea at that time. I pressed the warning light button and people went past us and I continued.”

“So what did you eat while you were there?”
“We had pizza!”
“What else did you have though?”
“Oh we had pizza most days. I think four or five times a week. It was at a Pizza Hut because there was always one nearby.”
“Did you eat chips?”
“Fish and chips? Yes, it was very delicious.”

“Ok and what did you do for entertainment in the evenings and weekends?”
“Well at last I found the free parking and went to the railway museum. We went shopping and I also found several libraries. I went there often. Maybe to every library in Swindon,” says Eric with pride.

“You know after a month my colleague got very homesick. He telephoned the boss in China and said he was ill and should come home immediately. The boss didn’t believe him and asked him what the matter was. He said he felt dizzy. Finally the boss sent another colleague to Swindon as an emergency. He wanted to see the football so we went to see a match.”
“That’s great. Who were Swindon playing?”
“Oh we went to see Man…Man…” Eric struggled
“Manchester?” I prompted in surprise.
“Yes that’s right. We got up very early at five o’clock in the morning and I drove from Swindon to Manchester.”
“That’s amazing. Did you have tickets? Who were they playing?”
“Oh there are two Manchester teams and they were playing together. We already had tickets but when we got there we discovered that the match was in the evening. This was very inconvenient so we decided to drive to Liverpool and watch the match there instead.”
Now howling with laughter I seek to confirm the madness that Eric’s just told me. “So you had tickets to see the Manchester derby right? Manchester United versus Manchester City right? And you left one of the biggest games in the football calendar because the match time was inconvenient?”
“Yes and we couldn’t find Liverpool. We were lost. We drove around for a long time and took the wrong road. Finally we gave up to go to the Liverpool stadium and returned to Swindon. We were very tired because it was eleven o’clock and I had been driving for eighteen hours.

When we got back we had pizza!”