Morning. Only twenty more hours driving until I’m out of Xinjiang and into Qinghai. I’m not well at the moment and its hard concentrating on the road. Something I ate? A nausea that surfaces every few minutes. I know the exhaust is blowing so maybe it’s a slight case of carbon monoxide poisoning. Hours of desert driving. There’s absolutely nothing out here so you start to notice the detail of things.

For miles at a time there are huge areas of grass that have been planted in one foot squares along the roadside. Of course being that it’s a desert and therefore without a single drop of moisture anywhere it’s all died, leaving nothing more than inch high dried brown stalks poking out of the sand. At a guess, somehow it must all come to life once a year in a spectacular display of colour. Well maybe. Even so it must seem like a strange job to do. Right, for the next two months I want you all to get out there in the desert and plant grass!

Finally I succumb to my nausea and cut today’s trip short, stopping in the tiny town of Qiemo. A mere eight hours today. Seems like I’m on holiday though exhaustion is really setting in. As previously noted in Part 2, I am now in the habit of hunting for three star hotels. Of course when the word hotel springs to mind one may naturally think of some level of comfort that other places wouldn’t provide. In this case however, years of wear and tear by thousands of guests plus zero maintenance normally means that such establishments have been relegated to a two star status long ago, hence the price.

The hotel in Qiemo is no exception. Outside the sign’s been removed and never replaced leaving a dirty blackened outline of the original characters. The smoked windows look like they’ve never been cleaned leading to a gloomy impression inside.

The receptionist Feng, is really nice though can’t work out how to register my passport as it’s in English. Not thwarted by the task, she battles on with it for over an hour while I’m turning inside out with sickness. The situation is not helped by the chain smoking security guard called Wan Ke. On my last big trip around China, it was the noise levels that seemingly increased to deafening proportions before exiting the country. In the case of Xinjiang, the nicotine and high tar environment is now really getting to me. Yesterday, even the manager of the restaurant had a ciggie in his hand as he took my order.

The whole hotel in fact stinks of cigarettes. When I finally get things sorted, it turns out my room smells like a giant ash tray. Well at least I’ve found a use for that Adidas deodorant. It’s so depressing. The windows are all cracked and the view outside is either of a brick wall or a dusty parking lot covered in rubbish. The dark, melancholy corridor gives way to an empty reception area with some foldable tables but no chairs; a half-way house between this world and hell I am sure. The cleaning staff catch a glimpse of me and slowly push the door closed in the event that I ask them to do something. And it smells so bad. 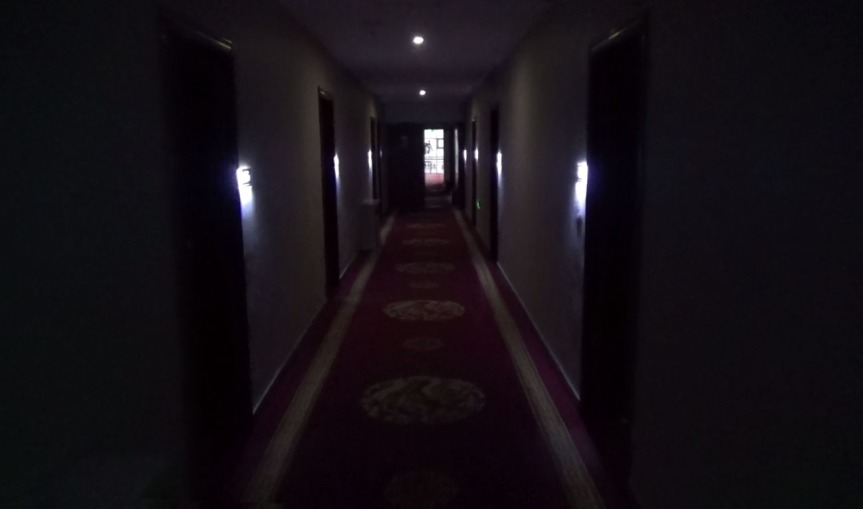 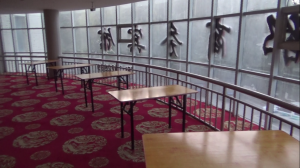 As I take a shower I wonder how many dirty feet have been in in here, rancid in growing toe nails and the like. Thousands I guess. I mean at home the only ones to use the shower are yours truly but here, well…! Three star hotels are time capsules for the not so distant past. Evidence of previous guests is still apparent via broken light switches, lamps that stand at an angle and stains everywhere. Have you ever watched Gordon Ramsay’s Hotel Hell? Before he dares sleep in his room, he checks it out with a blue UV light in the dark. It’s shocking the stains that are revealed and remember there are only three types, yeeech. No wonder people travel with their own travel bed-liners. It just goes to show that there’s also evidence that we can’t see with our own eyes when we’re in a hotel.

Hotel + Exhaustion + Sickness. It sure is one uncomfortable night!